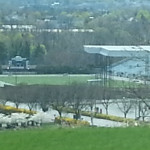 Hershey, PA
Van Halen: Live On Tour
August 23, 2015
It’s sure to be one hot night in August when Van Halen takes the stage at Hersheypark Stadium with their “Live On Tour” show…special guest will be Kenny Wayne Shepherd Band. Formed in 1972, in Pasadena, California, Van Halen forever changed the face of rock and roll. From 1974 until 1985, the band consisted of guitarist Eddy Van Halen, Read More…

Hershey, PA
Country Rock and Rewind Festival
August 22, 2015
Summer music festivals are great entertainment and great value for the money…and this one is no exception! Big names in both country and rock genres are set to appear and all in one venue. So far, the lineup for the festival is pretty impressive..Grand Ole Opry members, multiple winners of ACM, CMA and CMT Awards, the Rascal Flatts trio will be headliningRead More…