Go-Trippin Through the Local Events for October 2016 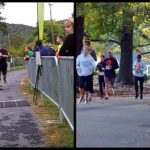 Waynesboro, VA
Fall Foliage 5K and 10K
October 8, 2016
Autumn is a fun and beautiful time for running, especially in the breathtaking mountains of Virginia’s Shenandoah Valley. The weather is cooler without the stifling heat and humidity of summer, the leaves are brilliant in their fiery colors, and there’s a refreshing scent in the air that raises those endorphin levels even higher. Read More… 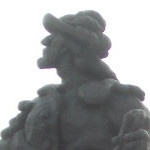 Duluth, MN
The First Folio of Shakespeare
October 4-26, 2016
The first collected edition of William Shakespeare’s plays–best known as the First Folio–will be on display in Duluth Minnesota at the Tweed Museum of Art during October 2016. The First Folio was published in 1623 and that was seven years after William Shakespeare died. The collection is eighteen plays and include Macbeth, Twelfth Night, King Lear, Antony and Cleopatra, Julius Caesar and The Tempest. Read More…