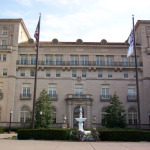 Hershey, PA
The Rocky Horror Picture Show at Hershey Theatre
October 24, 2015
If you haven’t heard this young trio yet…this is something you’ll want to put on your calendar… Il Volo is coming to the Hershey ***TICKETS ON SALE FRIDAY, SEPTEMBER 4, 2015 at 10:00 AM Would it be Halloween without showing this film? Long a cult favorite, this 1975 released film was based on the 1973 musical The Rocky Horror Show. The screenplay was written by Jim Sharman and Richard O’Brien (who wrote The Rocky Horror Show musical). Intended to be an homage to science fiction and Read More… 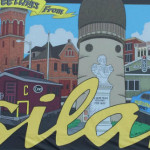 Ypsilanti. MI
First Fridays Ypsilanti Art Walk
September 4 – November 7, 2015
First Friday Art Walk in Ypsilanti is a self-guided tour of art and music that is hosted by businesses throughout downtown Ypsilanti, Depot Town and even Campus Town. From 6 Pm to 9 PM each month on the first Friday, from April to November, you can see free art activities involving local artists and musicians. Most of the participating business Read More… 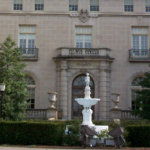 Hershey, PA
Dave Chappelle coming to Hershey Theatre
October 7-8, 2015
If you’re into Dave’s special comedic spin on everyday things, you’ll be thrilled to learn he will be at the Hershey Theatre this October 7, 2015! Born in the 1970’s in Washington, D.C., Dave Chappelle is so much more than his stand up comedy. Along with comedian, he can add can actor, screenwriter and producer to his impressive list of Read More… 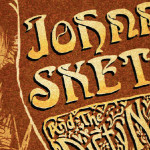 with a dance-inducing electricity that showcases one of New Orleans’ most riveting authentic acts. Since launching in 2001, JSDN has built a hard-core following of local fans; the band also has a wide array of followers from all over the country as a result of rousing performances at the New Orleans Jazz and Heritage Festival, French Quarter Festival, and a 2015 cross-country tour to promote their third album, 2000 Days — produced by Grammy award-winner Tracey Freeman, who also works with Harry Connick, Jr., Kermit Ruffins, and Rebirth Brass Band.Read More…