Hershey, PA
Janet Unbreakable World Tour
Jun 14, 2016
It’s been a while. A long while. But she’s back and even better! The multi-platinum selling recording artist, BET Award’s Ultimate Icon honoree for Music Dance Visual accomplishments and mulitple GRAMMY award winner has added multiple legs to this tour..all due to fan demand…. Janet and her label, Rhythm Nation have partnered with My Music VIP to provide concert goers with Read More… 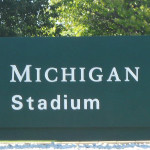 Hershey, PA
Kevin Hart What Now? Tour
Jan 1, 2016
Philadelphia native son, Kevin Darnell Hart, is coming to spend New Year’s Day with us in Hershey! His newest show is titled, What Now? and promises to bring more of the fabulous Mr. Hart than ever before. Playing to packed houses wherever he appears, his 2+ hour show is a combination of storytelling, jokes, inspiration and visuals. Read More…